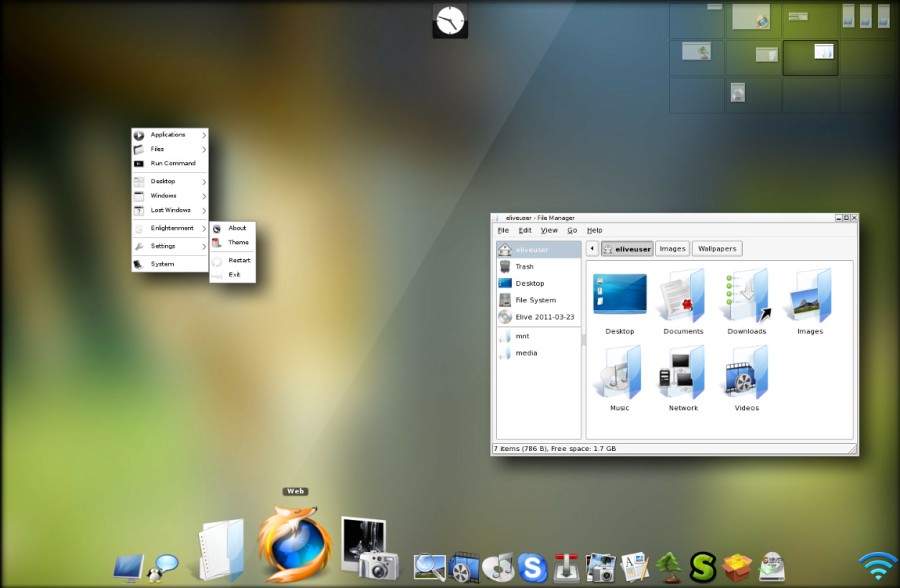 It is delayed, but worth to try!!

Elive 3.0 is based on Debian 8.x Jessy branch. It is very late for a distribution to announce its first release based on Jessy. Most of the packages shipped in this release are quite outdated now. Mr. Samuel has justified the delay with the lack of contributors. Despite the outdated packages, he promises a rock solid, useful and beautiful system out of Elive 3.0.

With the release of Elive 3.0, the project has also rolled an updated website with a modern look and feel. This website presents the purpose and features of Elive Linux in a very vivid manner. You can visit the Elive website at https://www.elivecd.org/

After 8 years of silent development, the third stable version of Elive is out, the result is simply amazing and the integration is gorgeous, it is not even possible to describe every inside feature and the new website only contains a small portion of its characteristics. Unfortunately not everything is rainbows and perfection, the lack of resources made the release being too much delayed, and this lead to old packages and drivers, but despite that, the final result is really worth it, Elive 3.0 is the most useful system ever made, perfect for the daily use, rock solid, beautiful and full of hidden features, with every simplified aspect to make it usable for any user level. If all this was not enough this version is the most powerful version, maintaining its lightness in resources and blazing fast responsiveness, do not hesitate to put this polished and ready to use the operating system in every computer for any purpose.

You can read the release announcement of Elive 3.0 in projects revamped website.