The Nitrux project has announced the release of Nitrux 1.1.0, the latest major release of beginner-friendly GNU/Linux distribution based on Ubuntu. This is the first release in Nitrux 1.1.x series and brings major innovations into the working of GNU/Linux distributions. It includes znx - an innovative system deployment tool, MauiKit - a custom UI toolkit developed by Nitrux team.

Nitrux 1.1.0 is a major update of Nitrux OS. It brings various innovations like znx - a system deployment tool which redefines the process of OS installation, MauiKit - a custom UI toolkit based on Qt - which enables easy development of consistent and user-friendly applications.

znx is a tool that facilitates to load the operating system without installing. On booting, znx will load the ISO file without extracting anything to the storage space. It keeps a clear isolation between the storage and operating system. With znx, you can perform atomic update operation which ensures the system is not broken in case of update failure. It also provides the option to rollback the system if the update broke something. It can load multiple operating systems from the disk without doing any partitioning. Adding or removing a distribution is just like adding or removing path or URI in configuration files. You can read more about znx in an article written by Nitrux team.

Maui (an acronym for Multi-purpose Application User Interface) is a project targeting the convergence of different platforms. It combines with KDE technologies with Nitrux HIG (Human Interface Guidelines), a set of templates that describe the look and feel of applications in different platforms.

Nitrux 1.1.0 release includes a set of applications built using the MauiKit framework. All these applications are available for Android, Plasma Mobile, and Linux Desktop. 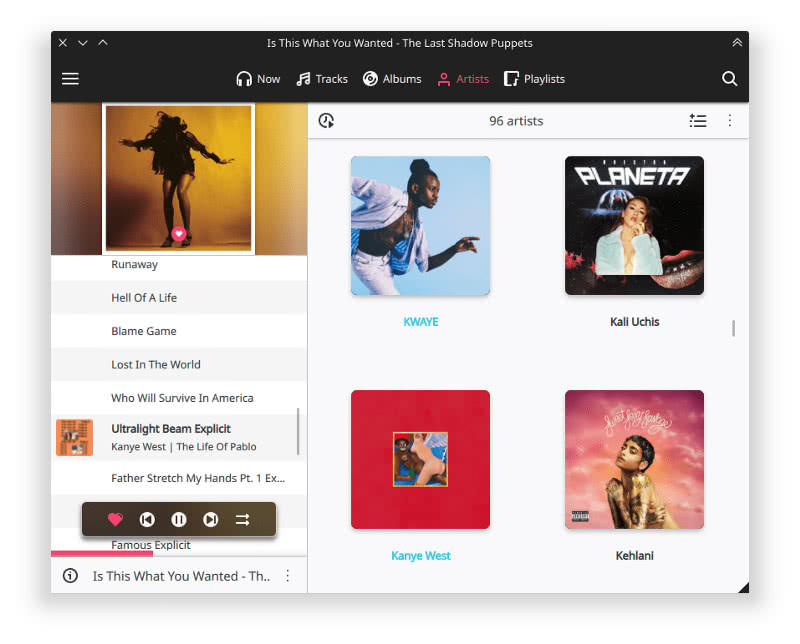 Following applications in Nitrux 1.1.0 are built using the MauiKit Framework

Other highlights in Nitrux 1.1.0

The major innovations mentioned above bring some fundamental changes to the Nitrux OS. It changes the way in which the operating system installation, application installation, user creation, system update ..etc.

The znx is the only deployment mechanism available for Nitrux 1.1.0. It questions the need for actual operating system installation. With znx, OS deployment to the storage is performed by flashing the ISO into the storage. For example, writing the ISO file to flash drive using dd command. The core operating system files will remain unchanged always. All changes will be persisted inside the users home directory.

With the introduction of znx, all previous update mechanisms are obsolete in Nitrux. It no more requires dpkg or other apt associated operations for the system update.

znx is now responsible for updating and upgrading the OS when a new release is available. It will download the delta update files and will apply it into the deployed ISO file. This can be performed on a command-line interface or using znx-GUI.

User creation is now a separate task from operating system deployments. New users can be added on the User Settings on System Settings module.

AppImages are the primary way of application installation in Nitrux OS. The AppImage can be downloaded using Nomad Software Center or from other AppImage sources.

You can’t use dpkg or apt for App installation, which also disregards support for 3rd party PPA. 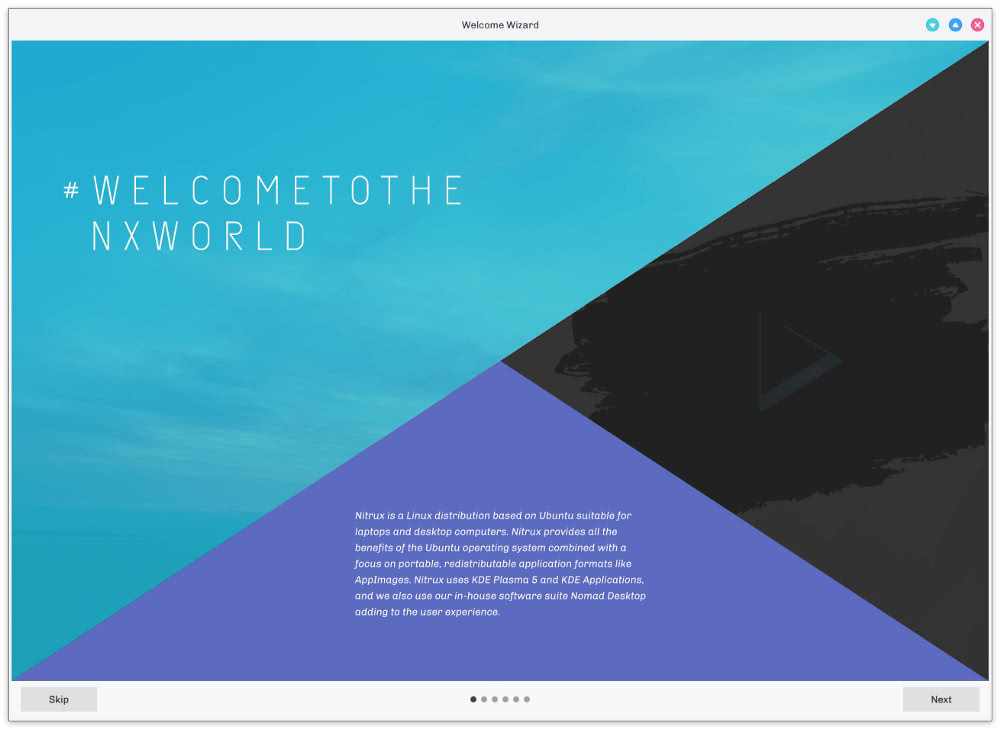 Niturx 1.1.0 introduces the Nomad Welcome, a welcome application for introducing the operating system to the users and providing essential links. It is not bloated with functionalities like software installation or theme installation.

For further reading and screenshots on Nitrux 1.1.0, proceed to projects release announcement published on medium.