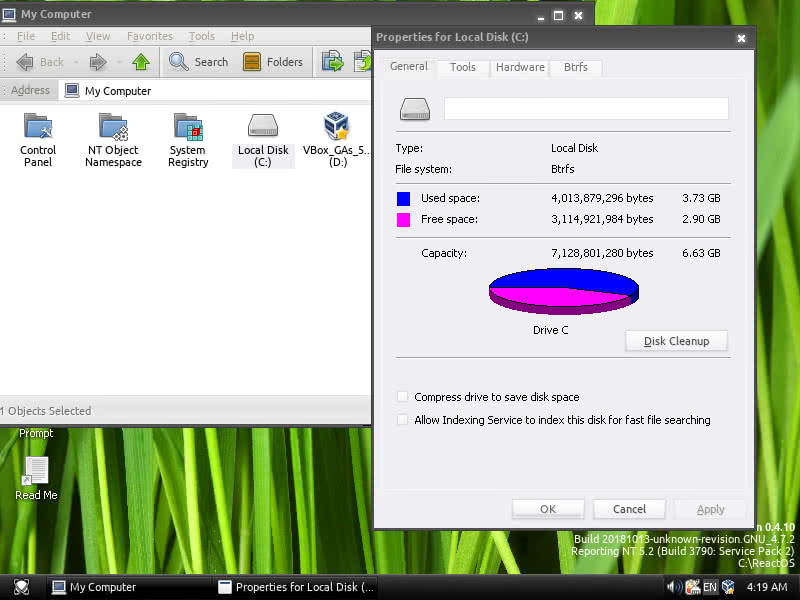 The File System handling is one among the weak areas of ReactOS. With the contribution of Victor Perevertkin, a student developer who worked as part of Google Summer of Code (GSoC), ReactOS is now able to boot from the BTRFS formatted partitions. The original BrtFS driver is inherited from the WinBtrfs project by Mark Harmston. While Victor worked on the integration of this driver with the ReactOS installer and the bootloader.

As a new feature, it is more likely that the BTRFS support will contain some invisible issues. Extensive community testing and support are required for figuring out these issues and to fix it. The community contribution is one of the key points of open source projects.

GUI and the command prompt are the most visible components of an operating system. The changes in these components are more visible to the users. There have been multiple improvements in ReactOS 0.4.10 user interactions.

The file manager in ReactOS 0.4.10 is also coming with some improved user interactions. It introduces the option to switch between single click and double click for activating files. It also provides an improved mechanism for interacting with windows and applications. 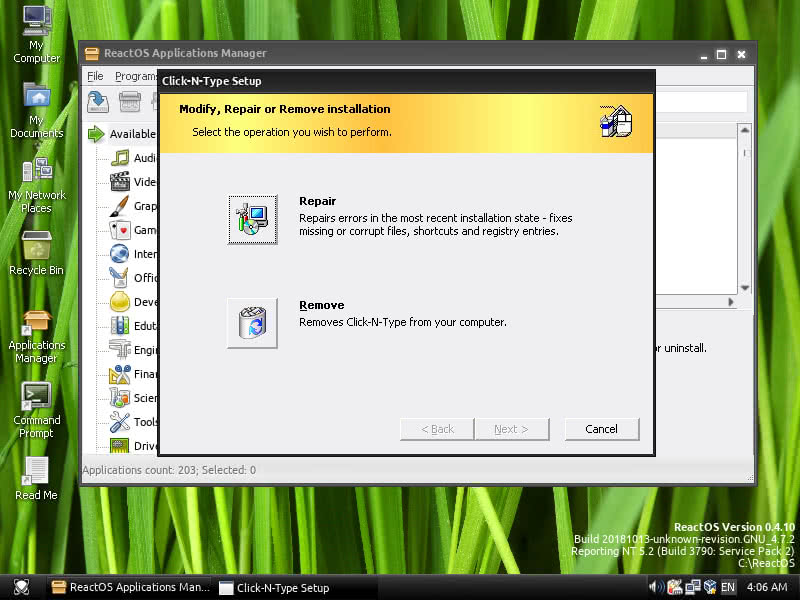 With various issue fixes, ReactOS 0.4.10 brings a more stable user experience. It can now support the Git client for windows. Support for each popular software can be quantified as the stability improvement.

The dxdiag tool can now retrieve the BIOS information correctly. It populates actual values instead of leaving some fields empty. The community has helped the team to collect over 1000s of BIOS dumps and to work on them successfully.