The deepin LLC. has announced the release of deepin 15.8. It is the latest stable release of elegant and efficient GNU/Linux distribution featuring Deepin Desktop Environment and more than a dozen native applications.

The deepin 15.8 is coming with more refined features and user experience. It includes a redesigned control center, beautiful system and boot theme, and improved native applications.

Well. I’m not going to present some lengthy paragraphs on deepin 15.8. Let’s have a quick overview of the features and improvements coming with deepin 15.8. 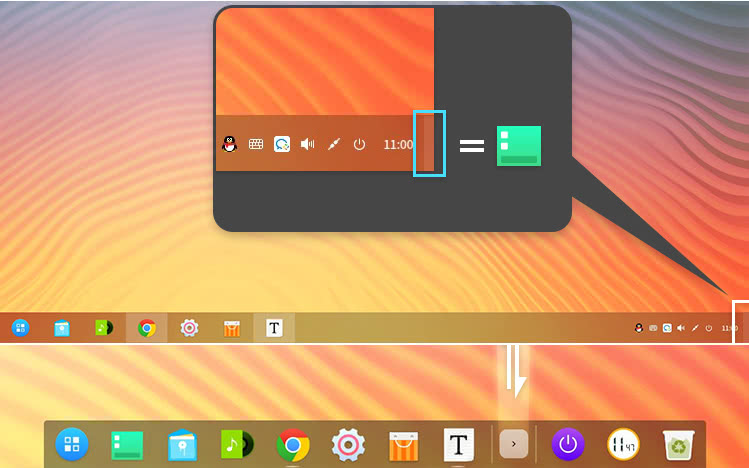 Improved docks in deepin 15.8, the top one is fashion and bottom one is efficient

In deepin 15.8, the fashion mode includes a hide/show button to manage the tray icons and to save the space. Also, the power button is moved from the tray in order to avoid the confusion and keep it easily accessible.

In the efficient mode, the show desktop button is replaced with a reserved space at the right of the taskbar. This gives a more familiar experience to the users.

The control center has received a page layout in deepin 15.8. It is adaptive to different resolutions and languages. 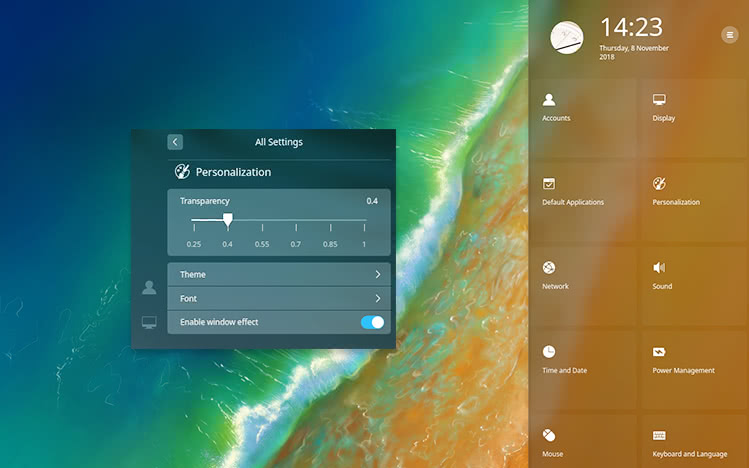 A new transparency setting is added in the personalization module for adjusting the transparency of the control center, dock, and launcher.

The Auto Brightness functionality is added to automatically change screen brightness depending on the surrounding ambiance. This feature requires light sensor support.

In deepin 15.8, the GRUB has received a beautiful theme. Additional themes will be released in next updates. 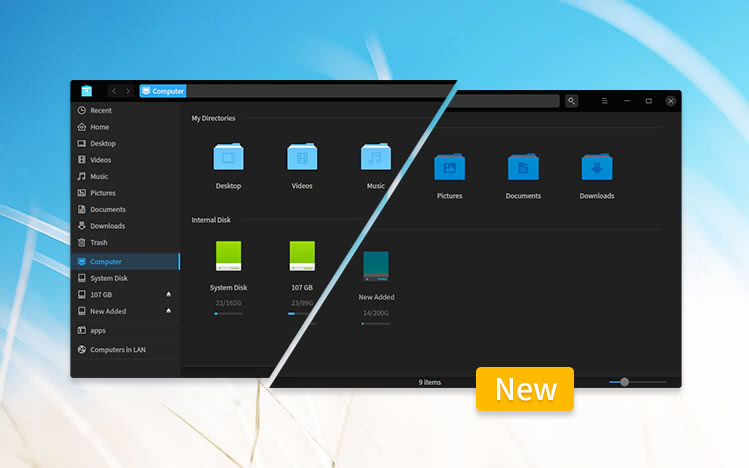 There is a dark icon theme to match with the dark theme of deepin file manager.

The deepin installer has been updated to support full encryption. It ensures data remains safe even if the laptop or the device is stolen. 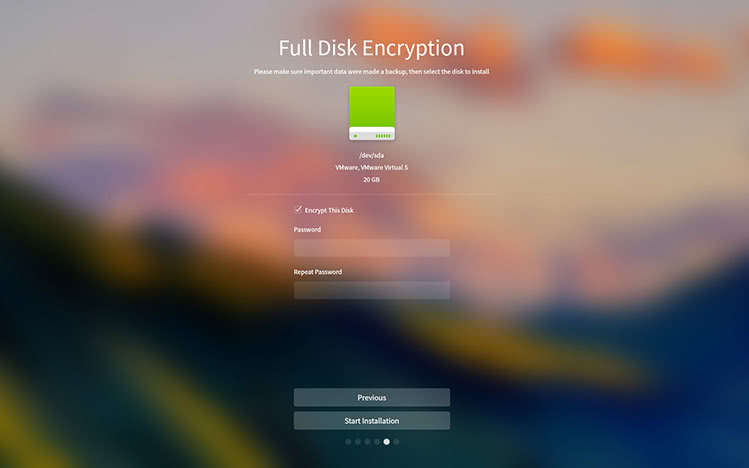 There has been multiple improvements to the deepin file manager. Some of the improvements include a recent function to find the recently used files, open-with option in folder context menu, improved recognition of office document formats, improved support for HiDPi and more.

With all these improvements, what we expect is a bigger installation image. Luckily, it is not true. The deepin 15.8 release is 200 MB smaller than it’s predecessor.

For more information and screenshots of deepin 15.8, read the original release announcement.