The ArcoLinux team has announced the release of ArcoLinux 19.12, the latest stable snapshot of Arch based GNU/Linux distribution that is aiming to teach the Linux way of doing things. In addition to the usual package updates, this release includes some Arco specific improvements which makes the system more consistent and customizable. 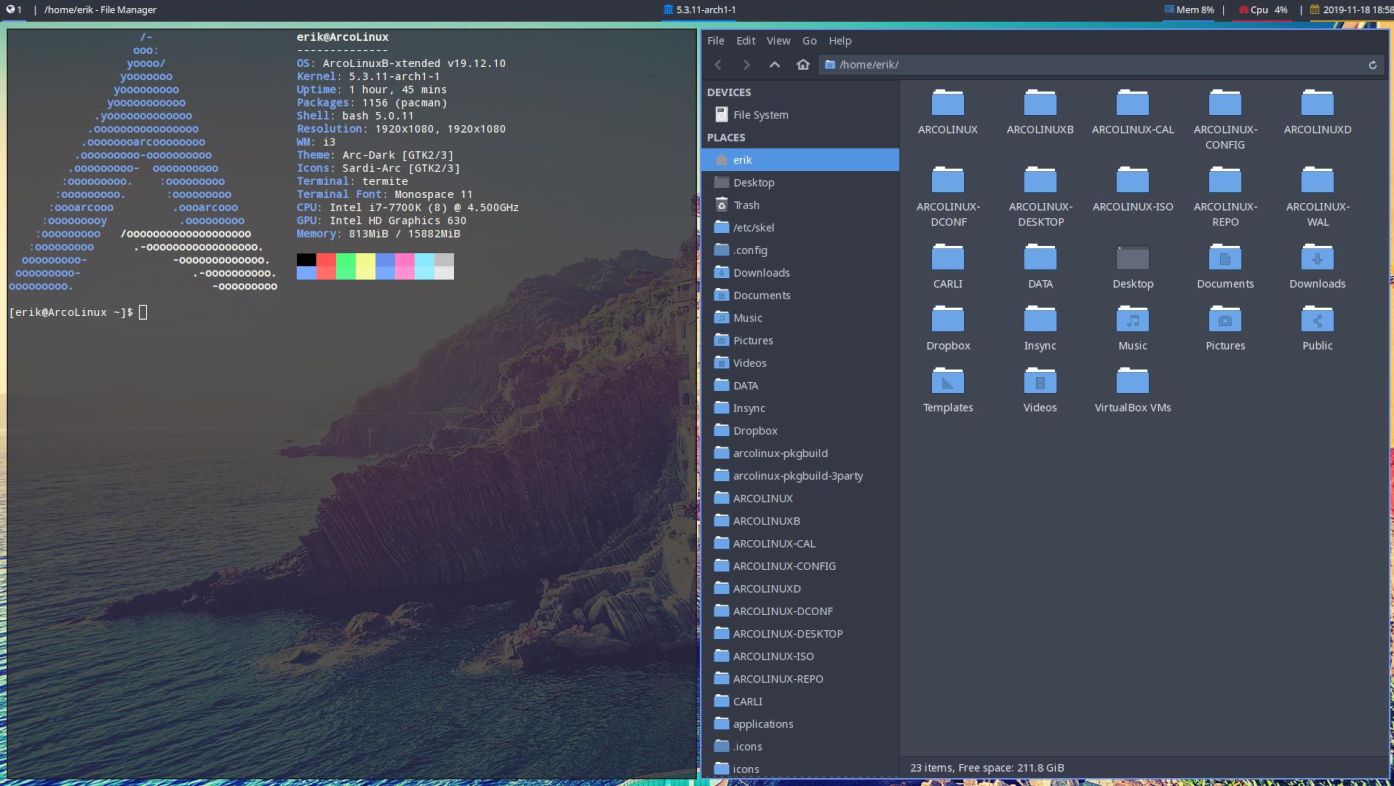 The main highlights in Arco Linux 19.12 release are briefed below.

For the complete list of changes and screenshots of ArcoLinux 19.12 release, read the official release announcement.