GNOME 3.30 Almeria released with improved performance and other features

The GNOME Foundation has released GNOME 3.30. It is a result of 6 months of development effort by the GNOME community and includes major new features and smaller stability and performance improvements. A number of community developers around the world has helped to make this release possible. 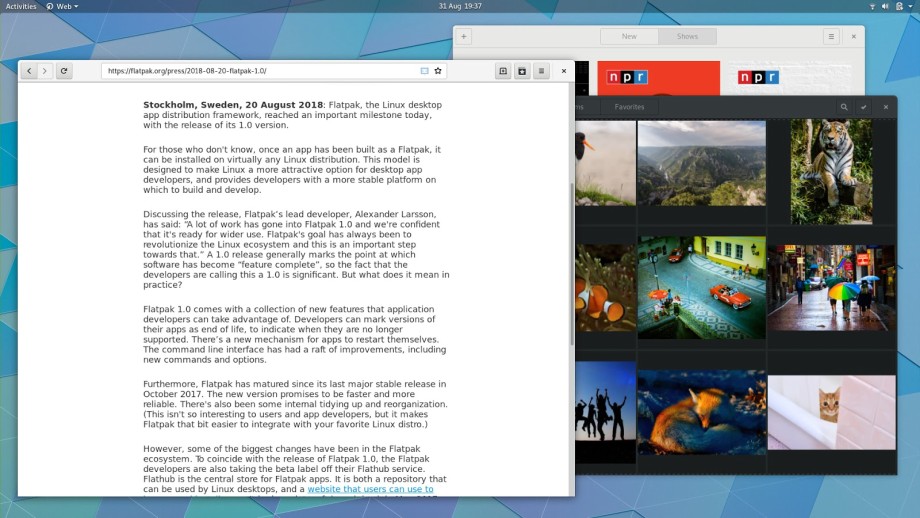 With the improved performance, GNOME 3.30 can run multiple applications simultaneously, without affecting performance

The GNOME 3.30 is named as Almeria, as a recognition to the GUADEC organizing team at Almeria, Spain. GUADEC is an annual conference of GNOME developers and community.

GNOME 3.30 is a major release from popular open source desktop environment. So, it is quite obvious to expect a lot from this release. The main highlights in GNOME 3.30 include,