KDE neon offers a near perfect desktop on a stable base

KDE neon is an amazing GNU/Linux distribution developed by the KDE community. It integrates most up-to-date KDE Plasma desktop and other KDE community developed applications on the stable base of Ubuntu LTS (Long Term Supported) releases. While the core remains the same (LTS release of Ubuntu), the KDE components get continuous updates to provide most modern KDE technologies to the end users. 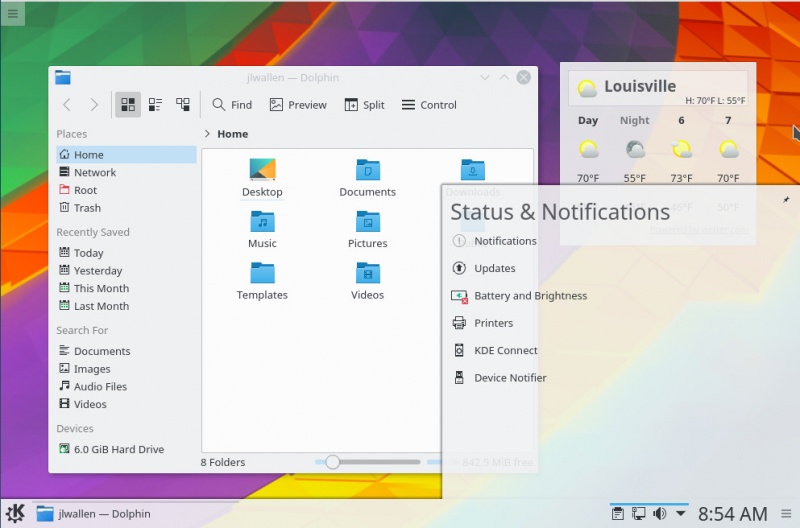 The Linux.com portal has published a review of KDE neon project which observes that the project a success for providing an almost perfect desktop environment to the end users. The review begins by stating that, the user interest has dramatically moved away from KDE project over the years. Plasma 3 was able to attract a lot of users owing to its simplicity and traditional user experience. However, Plasma 4 made the system heavier and was not that responsive. Plasma 5 was able to overcome limitations of Plasma 4 by making system more responsive and resource efficient. Still, it was lagging behind due tosticking with a traditional desktop metaphor and the desktop was buggy on most of the platforms. TheKDE neon project was started to show-off how well, KDE Plasma desktop can be integrated with a GNU/Linux distribution.

According to the review, KDE neon provides a smooth Plasma experience to the end users. The project is integrating a nice flat theme, and it is very stable and fast compared to KDE Plasma 4. The widget management has also become much easier. However, there are some rough edges like lack of commonly used applications like office suites and somewhat outdated packages.

To recover a bit of that lost ground, the KDE developers opted to fork Ubuntu into KDE Neon. The launch of Neon didn’t quite go as planned (and the initial release wasn’t exactly stable). Since then, however, the project has managed to pull off something quite intriguing. KDE Neon takes the stability of Ubuntu 16.04 and applies a cutting-edge release of the KDE desktop to create an absolutely beautiful experience, that could easily appease those looking for the best of both worlds.