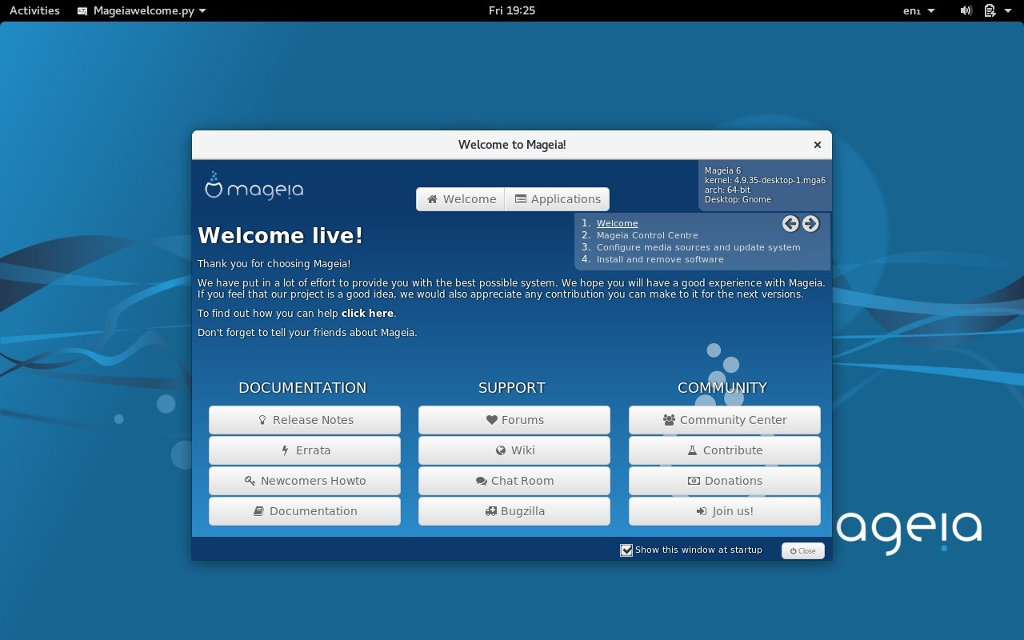 It is an incremental release, so fresh installation is not needed if you are already IN

Mageia 6.1 release is only available as live media. It includes Live images with Plasma, GNOME, and Xfce. Xfce image is available in both 32-bit and 64-bit varieties. For better control over the installation process, a network installation image is also available.

For more information on Mageia 6.1, read the release announcement posted in Mageia blog.