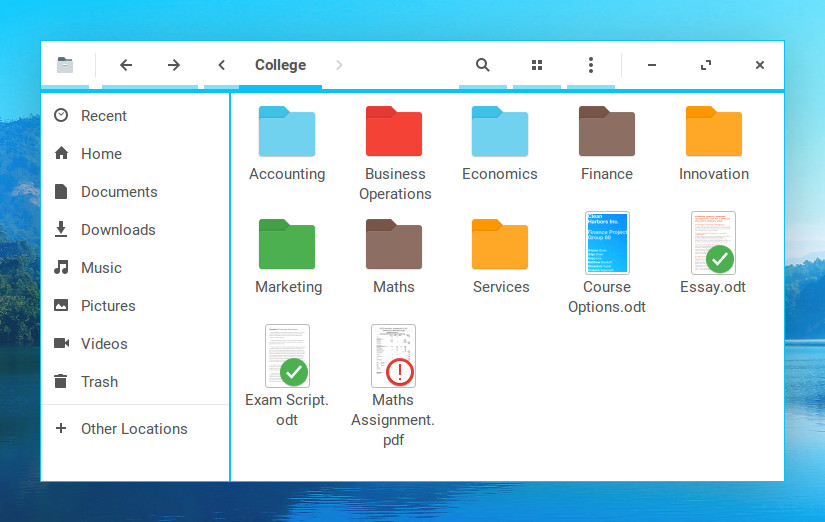 As a snapshot update in Zorin 12.x series, Zorin OS 12.3 brings most of the updated from base release, ie, Ubuntu 16.04.4 LTS. Providing a more recent version of packages will help to ensure users have to spend less amount of time and bandwidth on updating their system after the first installation.

Zorin OS 12.3 includes Wine 3.0, latest stable version of windows compatibility layer for POSIX like systems. This will help the system to run windows application in a faster and reliable way. Another main highlight of Wine 3.0 is the improvement in the gaming experience. By introducing Direct3D 10 & 11 support, Wine 3.0 enables access to a wider range of gaming libraries.

There have been multiple improvements to the Zorin Desktop based on user feedback. This will provide users a better and smooth desktop experience. Some of the notable changes in Zorin Desktop includes the ability to give custom colors and emblems to each individual folders, new printer job indicator which will appear automatically when a job is initiated, ability to pin and launch applications on panel, a quick preview of applications residing on the panel ..etc.

Zorin OS 12.3 Linux Kernel 4.13 which will provide better compatibility with modern hardware components. This Kernel also fixes various vulnerabilities like meltdown and spectre which were a hot discussion topic on open source communities.

How long Zorin OS 12.3 will be supported?

Zorin OS 12.x is based on Ubuntu 16.04.x LTS series. Hence, it will provide minor software updates and security patches till 2021.

If you are already using Zorin OS 12.x, there is no need to download a new installation unless you are planning for a fresh installation. You can run a regular system update operation to enjoy updates from Zorin OS 12.3 snapshot.

Zorin OS installation images can be downloaded from following links.