Moksha is a continuation of the Enlightenment 17 desktop. It consists of the back porting of bug fixes and features from future Enlightenment releases, as well as the removal of half finished / broken things E17 contained.

The Moksha project is an initiative by Bodhi Linux team and is flagship of desktop environment of Bodhi Linux. This project was started when recent versions of enlightenment introduced dramatic changes which were not acceptable for several users. 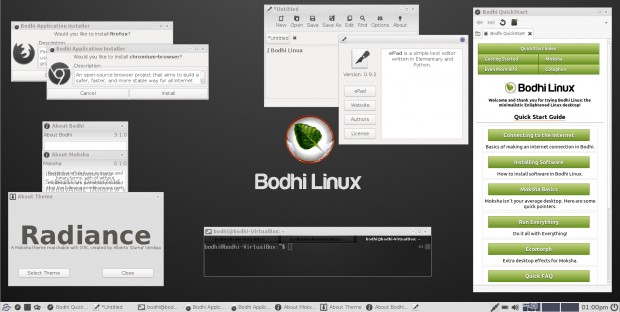 What do you think about Moksha Desktop?