It has been almost 15 years since the release of Fedora Core 1, the first most release under the brand name Fedora. Over the years Fedora has grown more than a Core operating system. It provides multiple variations like Workstation, Cloud, Server, and Atomic and spins with different desktop environments and for a wide range of platforms. Now, Fedora is ready to celebrate its 15th anniversary with the release of Fedora 29. 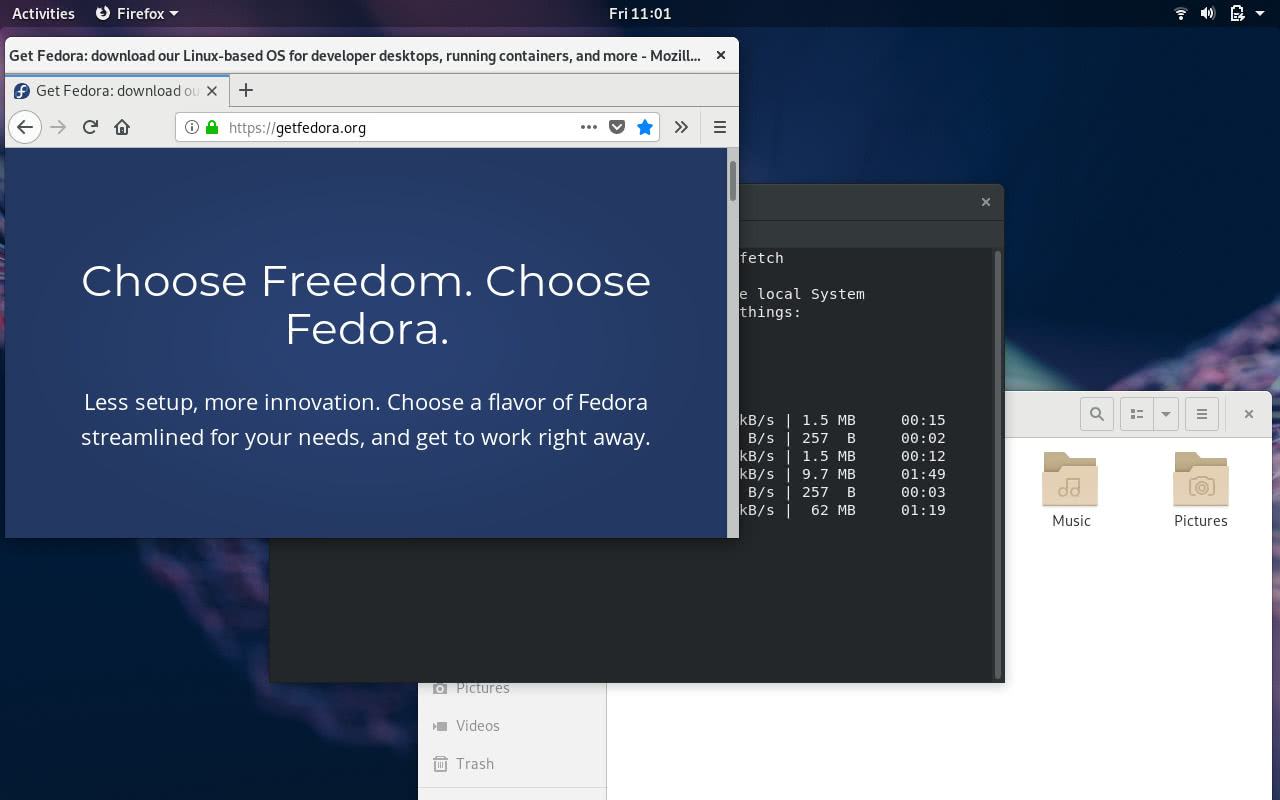 The Fedora 29 release is special because it provides modularity support on all variations. With the modularity we can have multiple versions of the same package inside our operating system. All of them will be working independently. This helps to avoid upgrading or downgrading Fedora release to stick with a particular version of an application.

Other notable changes include the introduction of GNOME 3.30 on Fedora Workstation, ZRAM support for ARM images and a Vagrant image for Fedora Scientific edition.

Fedora Workstation is the laptop and PC flavor of Fedora. The Fedora 29 brings a handful of features and improvements. Let’s have a peek through the Fedora 29 highlights.

Fedora 29 Workstation is coming with GNOME 3.30. GNOME 3.30 includes some critical performance improvements on GJS (GNOME JS). This will provide a better experience with GNOME shell and other GJS based applications. GNOME 3.30 also brings enhanced core applications. A complete list of GNOME 3.30 features can be read on our previous post.

With improved Flatpak support, Fedora 29 enables the automatic update of applications. Flatpak is a distribution independent application packaging method. It helps the developers to make their application compatible with multiple applications at once.

With the improved GJS and other optimizations, GNOME 3.30 has a reduced memory footprint. This is useful for running Fedora on devices like the Raspberry Pi and other ARM SBCs (Single Board Computers). The improved memory profile is achieved by the performance hackfest hosted by GNOME foundation.