As a minor release, Zorin OS brings critical package updates, crucial bug fixes, and other performance enhancements. The existing users of Zorin OS 12.x can perform a regular system update operation to get all benefits from Zorin OS 12.4. With the updated ISO new users can ensure that they have to download only the minimum number of packages. 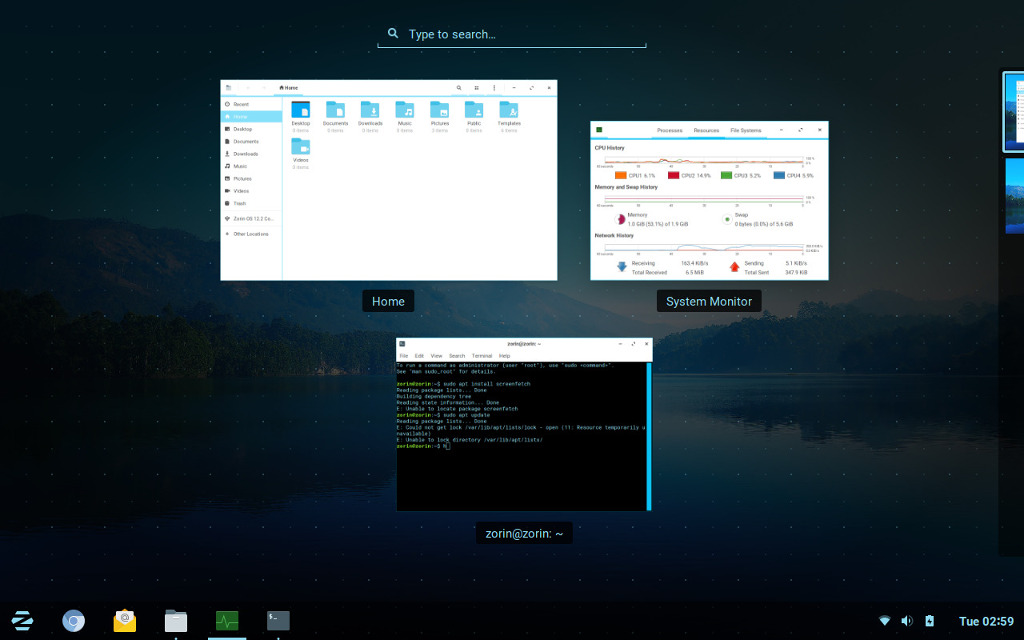 Zorin OS 12.4 introduces an updated hardware enablement stack. The newly-included Linux kernel 4.15, as well as an updated X server graphics stack, add compatibility for newer computers and hardware in Zorin OS. In addition, new patches for system vulnerabilities are included in this release, so you can have the peace of mind knowing that you’re using the most secure version of Zorin OS ever.
After installing Zorin OS 12.4, you will have the latest versions of the pre-installed packages. That means fewer software updates will need to be downloaded after installing Zorin OS onto your computer.