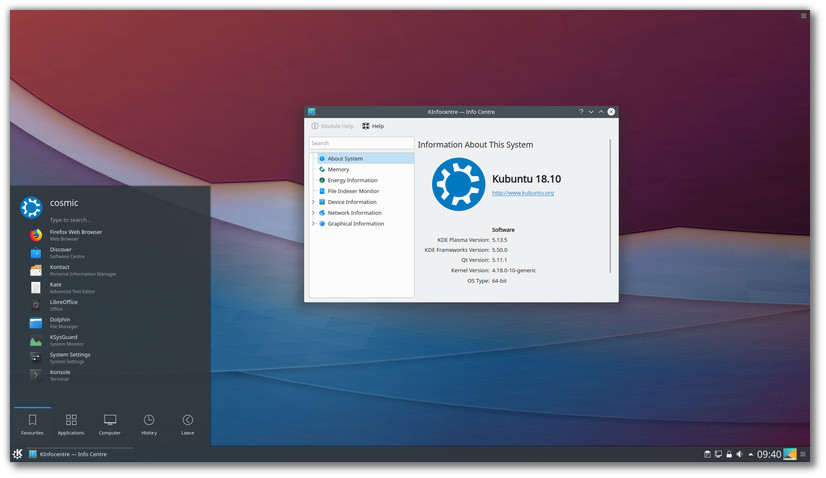 As a regular release, Kubuntu 18.10 comes with several feature additions and under the hood improvements. It ranges from the Kernel level changes to the user experience enhancements.

Kubuntu has seen some exciting improvements, with newer versions of Qt, updates to major packages like Krita, Kdeconnect, Kstars, Peruse, Latte-dock, Firefox and LibreOffice, and stability improvements to KDE Plasma. In addition, Snap integration in Plasma Discover software center is now enabled by default, while Flatpak integration is also available to add on the settings page.