MX Linux 17.1 stands out because of simplicity

MX Linux 17.1 is a stable release of Debian based GNU/Linux distribution featuring Xfce desktop environment. The main purpose of this distribution is to provide a simple user experience to all kind of users, say from absolute beginners to experts. 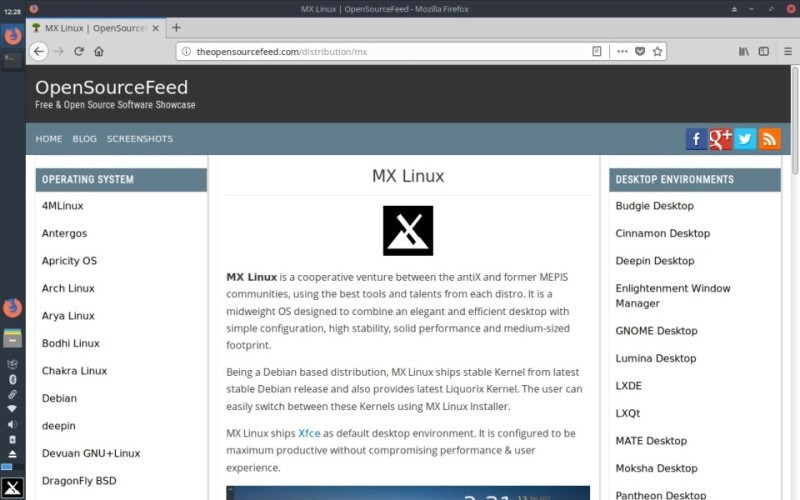 Mr Jack Wallen has written a review on MX Linux 17.1 and it is published on linux.com portal. At the very beginning of this review, Jack was wondering what is the need for another distribution when there are hundreds of distributions which are getting actively developed. He was also curious to see what can we expect from a blend of antiX and MEPIS when they stand out in their own ways.

Towards the end of the review, the impression changes gradually, and he reaches in a conclusion that, though MX Linux 17.1 is not among the most elegant distributions, it delivers what it promises, ie, simplicity. Quoting from his own concluding words,

MX Linux makes transitioning from just about any desktop operating system simple. Although some might find the desktop interface to be a bit less-than-modern, the distribution’s primary focus isn’t on beauty, but simplicity. To that end, MX Linux succeeds in stellar fashion. This flavor of Linux can make anyone feel right at home on Linux. Spin up this mid-weight distribution and see if it can’t serve as your daily driver.

You can read the complete review on MX Linux 17.1 in linux.com portal.