The main aim of Neptune is to deliver an elegant, out-of-the-box desktop experience. Towards this goal, Neptune ships a simplified plasma desktop with a set of multimedia codecs, a flash player, and audio and video players.

Most of the packages in Neptune are inherited from Debian repositories themselves. It also makes use of packages from Netrunner. Neptune also maintains their repository to package some of the custom applications. 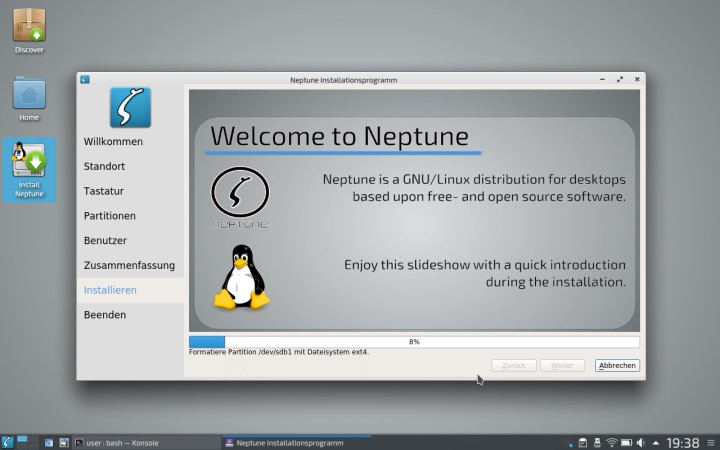 Other stories on Neptune

What do you think about Neptune?